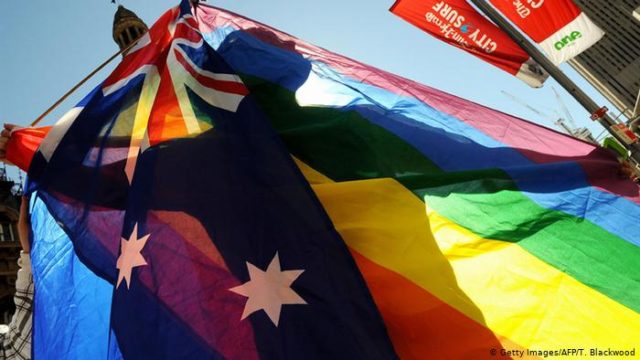 The only state inAustralia where the so-called “gay panic” defence can be used incourt moved on Thursday to scrap the provision, but LGBT+ rightscampaigners said further reforms were needed to combat hatecrime.
Defendants accused of murder in South Australia have beenable to argue that they acted out of panic over a victim’ssexual orientation or gender identity – potentially allowingcharges to be downgraded to manslaughter in some cases.
LGBT+ rights groups have long called the provocation defencearchaic and discriminatory, and a bill to revoke it was tabledby the state’s attorney-general Vickie Chapman in the localparliament on Thursday, a spokesman for her office said.
Chapman, who did not make immediate comments, has saidpreviously that the defence “is outdated, gender-biased,difficult to understand and, in certain cases, downrightoffensive”.
Thursday’s parliamentary session was adjourned untilNovember, before the reform bill was discussed.
More than 25,000 people signed an online petition launchedlast week calling for the defence to be scrapped.
The argument has been rarely invoked. It has been used fourtimes in the last decade, most recently in 2015, according tothe South Australian Rainbow Advocacy Alliance, a campaigngroup.
“It’s a fantastic step that it’s finally introduced. I’mhoping it will pass quickly, it’s long overdue,” said MatthewMorris, the head of the group that jointly organised thepetition.
“For a lot of community members it’s the defence’s existencein general that is a concern,” he told the Thomson ReutersFoundation by phone from the state capital, Adelaide.
But Morris said the proposed reform was not enough toprotect LGBT+ people, and urged courts to consider prejudice dueto sexual orientation as a factor when sentencing in criminalcases.
Advocacy group Equality Australia said there was “no place”for the panic defence, and that revoking it would help enddiscrimination against LGBT+ Australians.
“Attacking someone because who they are offends you shouldincrease your punishment, not reduce it,” the group’s chiefexecutive, Anna Brown, said in a statement.
Neighbouring New Zealand banned the legal argument in 2009,and more U.S. states are taking steps to prohibit the defenceafter Washington state became the 10th to do so this year.(