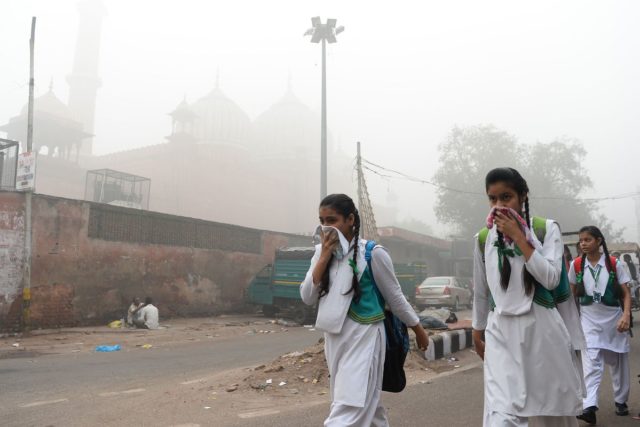 Britons are shopping earlier thannormal for Christmas this year, the boss of department storechain John Lewis said on Friday.
“We’ve also seen quite a lot of early buying of giftproducts and so on,” Pippa Wicks, executive director of JohnLewis told reporters.
“My thinking is that actually people are bringing forwardbuying for Christmas because they want to make sure they can getit,” she said.
She added that Christmas 2020 would be predominantly onlinefor the department store chain.
“We’re running at 60% online, I expect that to continue, itmight even go up a bit.”
Families in Delhi withpre-existing health conditions such as asthma are stocking up onoxygen cylinders and pulse oximeters, fearing that the city’sworsening air quality will make them more vulnerable to thecoronavirus.
After months of relatively clean air because of a lockdownimposed to fight the virus, pollution levels have spiked totheir worst in two years for October, caused by farmers burningcrop stubble in surrounding states and cooler weather.
On Friday, haze hung over the capital of 18 million peopleand the air quality level was at 235 on a scale of 500.
Rupesh Gupta, 45, who has recovered from COVID-19, thedisease caused by the coronavirus, said he was an asthmatic andhaving difficulty breathing the city’s dirty air.
“I am neither able to walk, nor get out of the house. Evenif I try and get out of the house, it takes me an effort tobreathe,” he said. He lost his mother to COVID-19, so hisanxiety levels are high.
“There is paranoia that you never know from what source wemight get infection again in our home,” his wife, Neelam Gupta,told Reuters at their residence in a congested west Delhisuburb.
The family has bought a 15 kg oxygen cylinder for emergencyuse and a portable pulse oximeter to measure oxygen levels inthe blood each day.
They are also keen to stock up on air purifiers that mostwell-heeled families own in Delhi, one of the world’s mostpolluted cities.
The Air Quality Index (AQI) has remained in the “very poor”category all week due to slowing wind speeds that allow deadlypollutants such as PM2.5 particles to remain suspended in theair.
“Air pollution will weaken the respiratory tract, lungfunctions will be compromised. The probability of catchingCOVID-19 would increase substantially,” said Vivek Nangia,principal director and head, Max Super Speciality Hospital inNew Delhi.
India is behind only the United States in terms ofcoronavirus cases, touching 7.37 million on Friday. Delhi is oneof the hot spots of the disease, with 321,031 cases.($