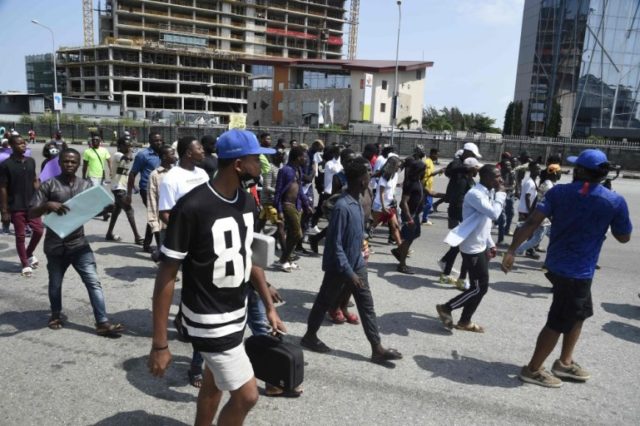 Crowds protesting against police brutality in Nigeria took to the streets Tuesday for a sixth day across the country after a video of a beating posted online sparked demonstrations that now have left at least 10 dead. Fresh protests took place in Nigeria’s largest city, Lagos, and in the southeastern cities of Port Harcourt and Uyo. The demonstrations have continued even after Nigeria’s police spokesman announced Sunday that the unit blamed forthe brutality was being formally dissolved. The Special Anti-Robbery Squad, known as SARS, was set up to combat armed robbery in Nigeria but its members have been implicated in several cases of human rights abuses including extra-judicial killings. Nigeria’s police have promised to investigate allegations of abuses involving SARS officers, but demonstrators are calling for reforms across the country’s entire police system. Earlier this month, young Nigerians started a Twitter campaign for the disbandment of the unit after the video of SARS agents beating up a man circulated online. The protests with the hashtag #ENDSARS rapidly gained support in Nigeria and abroad.