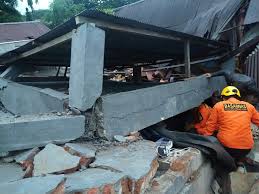 Rescue workers were scrambling to find survivors after a strong earthquake struck the Indonesian island of Sulawesi on Friday, January 15, killing at least 34.Another 600 were reportedly injured in the 6.2 magnitude quake that rocked the island shortly after midnight, and there reports that a number of people were trapped under the rubble of collapsed buildings.According to news reports, landslides were triggered in three different locations after the quake, which was centred 36 kilometres west of the Mamuju
district.Twenty-six of the deceased victims were found under collapsed buildings in Mamuju City while another eight were reported killed in the neighbouring district Majene.Footage shows rescue workers making contact with a survivor trapped under a collapsed building in Mamuju City.

B in Rome - Mar 2, 2021
0
Australia’s World Cup qualifying match against Nepal on March 30 has been postponed, leaving only three games to be played in Asia...