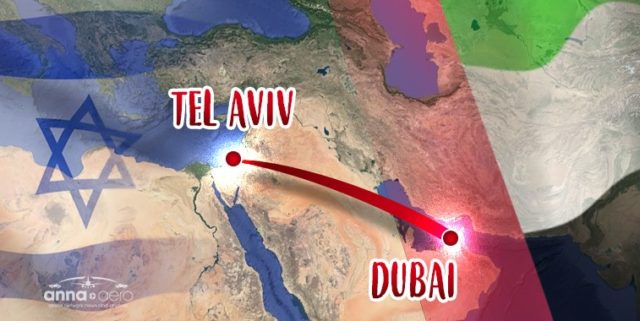 Three Israeli airlines will begindirect flights from Tel Aviv to Dubai in December, with El Aloperating twice daily services, Israir offering sixweekly flights and Arkia operating a daily service, DubaiAirports said on Wednesday.
El Al will run its service with Boeing 787 Dreamlineraircraft, Israir’s flights will be use Airbus A320s and Arkia’sdaily flight will be on Embraer E-195 E-Jet aircraft, DubaiAirports, which manages the operations of both of Dubai’sairports, said in a statement.
The United Arab Emirates and Israel signed an agreement inSeptember to establish full diplomatic relations.
This made the UAE along with Gulf neighbour Bahrain thefirst Arab states in a quarter of a century to seek formal tieswith Israel, largely due to shared fears of Iran.
“There is a lot of anticipation following the signing of thehistoric accords and both sides recognise the importance ofenabling air connectivity as one of the first important steps torealising those expectations,” said Jamal al-Hai, deputy CEO ofDubai Airports.
Dubai state-owned airline flydubai said last week it wouldstart twice daily fights between the UAE’s business hub and TelAviv this month.
Dubai’s Emirates, the UAE’s biggest airline, will selltickets on the flydubai service through a codeshare agreementbetween the carriers.(

B in Rome - Dic 3, 2020
0
Life in Lebanon has become sodifficult for Syrian refugee Ahmad, he says he recentlycontemplated suicide. The 54-year-old father of three cleans shops at...