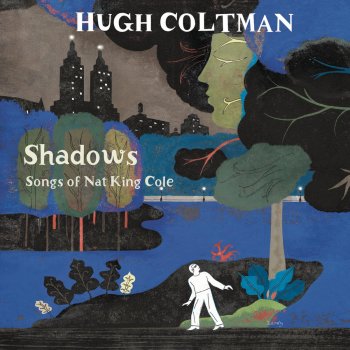 Trad. Tatiana Cintia
Shadows – Songs of Nat King Cole is a long term Coltman’s Project. His career debut and his musical path brought him far from the jazz sphere; in fact, for the last 20 years, he has been dedicating to The Hoax blues project, with which he still performs nowadays, and he has published some definitely pop- flavoured albums in collaboration with Mercury (Stories From the Safe House, 2008 and Zero Killed, 2012), that made this English singer (Parisian by adoption) famous to an audience who is seduced by his unique, powerful voice and by his pop-folk sensitive and sweet music. Thanks to the meeting with Eric Legnini in the programme “One Shot Not” he throws himself headlong into the jazz universe. In fact, Eric invites him to replace Krystle Warren for his 2012 The Vox project tour. This is a key period for the elaboration of the project on Nat King Cole : Hugh Coltman instantly finds a way to express all of his talent in this music style, even if he only knew a few names and legends about it. An emancipation form from this scene that put the basis to create a project based on a jazz repertoire, and moreover it looks like if around him would reign an evidence halo and everyone keeps asking him “when will you make your own jazz project?”
Lunedì 25 aprile 2016
Auditorium Parco della Musica Roma

B in Rome - Ott 27, 2020
0
Turkey's parliament showed rareunity on Tuesday in condemning remarks by French PresidentEmmanuel Macron in a row about cartoons of the Prophet Mohammad,calling...